Tiffany Munro’s Shelf of Speculative Fiction, Fantasy and Science Fiction Novels (that I have contributed to)

Books you can buy that have my maps in them. Perks include the entire story, characters, emotional and dramatic and schemes and all. I highly recommend buying any if not all of these books.

The order of the books in no way is a ranking, it’s more or less the order that I did the maps or remembered which book they belonged to, and sometimes I shuffle them to reflect a new book. Not everyone remembers to send me links to their books once they’re published. If my art is in your book and you want to be on this page, just send me a link.

The Brightest Shadow by Sarah Lin

The arrival of the Hero was worse than anyone could have imagined.

To take her place as a full warrior of her tribe, Tani must travel across the vast grasslands of the Chorhan Expanse. But she has her sights set higher than a mere ritual journey: she wants to uncover a solution to the impending war that threatens her people. Her world has never been peaceful, torn between the many cultures that meet on the Chorhan Expanse, but the greatest threat is an expansionist army of monstrous non-humans who call themselves the mansthein.

Legends tell of monsters who will attempt to conquer the world, but are the mansthein those monsters? Tani believes that peace may be possible, but there are others on both sides who believe in the legends with zealous devotion. All around her, warriors have their eyes on a glorious victory with no concern for the piles of bodies they’ll create on the way.

Tani will be joined by a killer pretending to be a healer, a mansthein commander struggling with his orders, a thief who pawned her heart of gold, and a strategist exiled from a foreign land.

But none of them are the Hero. It doesn’t matter how many shades of gray might exist, some people see only in black and white. And the terrifying truth is that the stories they tell might not be just legends.

View the map of Corah and the Chorhan Expanse created by myself, Tiffany Munro, for this series.

The Living Sword: the Road Ahead by Pemry Janes 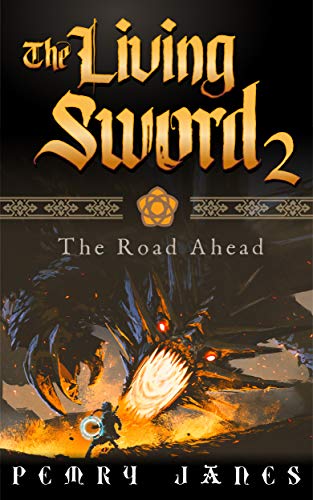 Eurik & Leraine have escaped the land of the necromancers, but still face a long journey. Eurik is looking for answers about who his parents were and how they ended up adrift at sea. Leraine must carry the news of her teacher’s death back home, yet also has a debt to Eurik for helping her to avenge Irelith.

My map is only included in book 2 but there is a book one and it’s a good fast read.

Thirteen year old Cale Tannor has always dreamed of finding adventure. When a Spirit Sword, the last of an ancient race of sentient weapons, falls into his hands, adventure finds him. Now infernal hordes are stirring in the dark, and this adventure may be more than Cale bargained for. On the way he finds new friends in the Indian huntress Jazreal Bloodmoon, and mysterious Ranger Vyk Draco. Together they must work to restore a forgotten religion and preserve humanity.

The Call of the Rift by Jae Walker

A truly Canadian inspired piece of fantasy. It’s a pleasure to be a piece of this book published by ECW Press. Book two will be out soon and I’m looking forward to getting a copy. I highly recommend these books by Jae Walker, her writing style is great.

Call of the Rift book 2 by Jae Waller

Ragnekai Winds: Book One of The Old Wounds Trilogy

The Flybown Crusade: The third novel of the Thelenic Curriculum

The Keys to the World by Author Scott Kelemen

The Bitter End (Keys to the World Book 1)

This is the first book in a series from the author of the Worlds Afire trilogy, complete and available without any of my maps, but well reviewed. In the meantime, the Keys to the World book one is out, about unsuspecting heroes in an adventure thousand years in the making.

Not only did I do one map for this novel, I actually did three! One is an overview of the country, one is a village map, and the other is a map of several cities along a roadway. Last, but not least, I painted over the initial cover art to create this stunning vista, though I don’t take credit for the underlying photo manipulation created by the initial artist. The book is a long and detailed journey into not just the lives of the people but magic and consequences. I’ve never read anything quite like it.

I did dozens of tiny pieces of art for this book, one for each chapter, and for that alone I think it’s worth browsing–it really puts the world together. The story is an exciting magic battle escalation in the tradition of shonen anime. As hinted by my name in the credits, I did an edit of this book as well, though I don’t offer that service normally.
Teliko Mageia: Curse of the Frozen Flame

I had the opportunity to not only draw a map for this cool comic, but do a bit of coloring for some promotional artwork as well. It’s a finished story about a Native woman attempting to escape a captor and a mysterious and powerful Thunderbeing.

Dark, humorous and morbid, Kali’s book is the first in a series. Her previous work doesn’t feature my maps but it has topped Amazon’s charts! Read Stranger Rituals by Kali Rose Schmidt.

Click here for: Clothing, Prints, Posters, Clocks, Household Goods and Other Physical Merchandise by Me! Get your art and cartography themed gifts!

Use this form to request new RPG asset packs or a unique custom fantasy map commission.

Number of items in cart: 0

Go ahead and email me or Discord chat me Tiana#8437 if you want a custom map or have any questions!