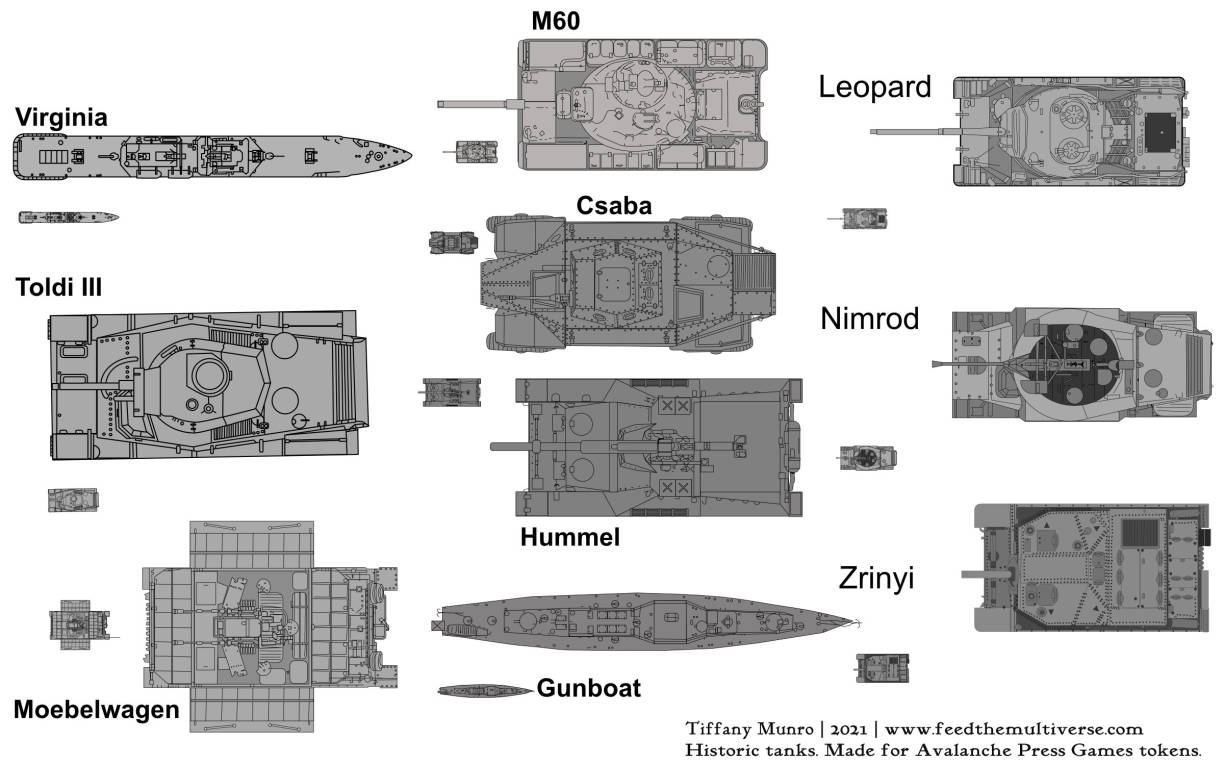 These are all vectors based off of historical blueprint images intended for small gameplay tokens to represent this unit on the battlefield. They’re kept simple to enable the game printing company to modify them at their leisure, so instead of shading them I kept them as flat with minimal to no shading and lineart only. As the pieces are very small this will enable maximum detail to be retained in print, I hope. The many games made by Avalanche Press can be found at their website, where among their literally thousands of tokens, I happened to make a few. I’ve made more than this too, I just don’t want to swamp the website with them, heh, maybe I’ll do another post with more of my tanks and boats later.

This site uses Akismet to reduce spam. Learn how your comment data is processed.

Click here for: Clothing, Prints, Posters, Clocks, Household Goods and Other Physical Merchandise by Me! Get your art and cartography themed gifts!

Use this form to request new RPG asset packs or a unique custom fantasy map commission.

Number of items in cart: 0

Go ahead and email me or Discord chat me Tiana#8437 if you want a custom map or have any questions!